As reported by BET, this past March NBA player, John Wall, helped a very young cancer patient’s wish come true.  5-year old cancer patient, Miyah was diagnosed with Lymphoma last year. The Washington Wizards point guard made a video with Miyah on his Instagram page saying that Miyah’s wish was to meet Nicki Minaj and get one of her pink wigs. The video received so much attention, as well as tweets with the hashtag #HelpMiyahMeetNicki and #PinkWigForMiyah, that Nicki saw the video and tweets, and made it her business to grant Miyah’s wish. Check out the pictures below!

On April 24th, the Hip Hop Caucus’ Act On Climate (#ActOnClimate) Tour, made its final stop of its spring tour at Clark Atlanta University.  Hip Hop Caucus partnered with local and national partners that embarked on a six-state tour to conduct informational seminars to show elected officials in D.C. the emphasis needed on climate solutions.

After attending the tour’s stop at Clark and being educated of the battle affecting our the environment, its vital that the students and Hip Hop community use our voice to be the catalyst for environmental law reform in regards to our water and air practices as well as the research and development being conducted for green energy in the present and what is currently planned for the future.  For more information about the tour, visit www.hiphopcaucus.org/climate 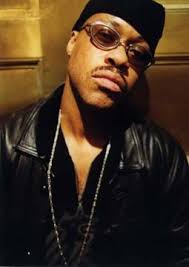 Rapper Guru, born Keith Elam, died at the age of 47 after a year long (2010) battle with multiple myeloma cancer.  Guru, a member of the duo Gang Starr, was a seminal figure in the hip-hop and rap scene of the late 80’s and early 90’s.  Guru chose to keep his illness private, although he has been in and out of hospitals in the last year with various complications from his disease.

Multiple myeloma is a cancer of your plasma cells, a type of white blood cell present in your bone marrow. Plasma cells normally make proteins called antibodies to help you fight infections.

Although the exact cause isn’t known, doctors do know that multiple myeloma begins with one abnormal plasma cell in your bone marrow — the soft, blood-producing tissue that fills in the center of most of your bones. This abnormal cell then starts to multiply.

Because myeloma cells may circulate in low numbers in your blood, they can populate bone marrow in other parts of your body, even far from where they began. That’s why the disease is called multiple myeloma. Uncontrolled plasma cell growth can damage bones and surrounding tissue. It can also interfere with your immune system’s ability to fight infections by inhibiting your body’s production of normal antibodies.

Back in 2011, Dolphins WR Brandon Marshall opened up to the media in an emotional press conference, revealing that he has been diagnosed and treated for borderline personality disorder.

Borderline personality disorder (BPD) is a mental health disorder that generates significant emotional instability. This can lead to a variety of other stressful mental and behavioral problems.

With borderline personality disorder, you may have a severely distorted self-image and feel worthless and fundamentally flawed. Anger, impulsiveness and frequent mood swings may push others away, even though you may desire to have loving and lasting relationships.

Borderline personality disorder affects how you feel about yourself, how you relate to others and how you behave.

Signs and symptoms of borderline personality disorder may include:

As with other mental disorders, the causes of borderline personality disorder aren’t fully understood. Experts agree, though, that the disorder results from a combination of factors. Factors that seem likely to play a role include:

Back in 2012 Joe Buddens sat down with Hard Knock TV to discuss his battle with Depression. Video Below!

To find out if you may be depressed click on the link to take the depression test. http://www.depressedtest.com/

Common signs and symptoms of depression

A tragedy struck the hip-hop world when young Seattle rapper Freddy E took his own life.

What was even more startling was the fact that Freddy E chose to live-tweet the moments leading up to his suicide. (E! News)

Suicide is the process of purposely ending one’s own life. The way societies view suicide varies widely according to culture and religion. For example, many Western cultures, as well as mainstream Judaism, Islam, and Christianity tend to view killing oneself as quite negative. One myth about suicide that may be the result of this view is considering suicide to always be the result of a mental illness. Some societies also treat a suicide attempt as if it were a crime. However, suicides are sometimes seen as understandable or even honorable in certain circumstances, such as in protest to persecution (for example, hunger strike), as part of battle or resistance (for example, suicide pilots of World War II; suicide bombers) or as a way of preserving the honor of a dishonored person (for example, killing oneself to preserve the honor or safety of family members).

If you or someone you know is considering suicide, PLEASE call 1-800-273-TALK Tionne “T-Boz” Watkins was born in Des Moines, Iowa. She is of African American and Native American descent. As a child, Watkins was diagnosed with sickle-cell anemia; her parents both have the homozygous recessive trait which one in 12 people of African descent have. Since the age of seven, Watkins has been in and out of hospitals due to her condition. Watkins’ family moved from Des Moines to Atlanta, Georgia, when she was nine years old. Because of her disease Watkins was not expected to have children and live past her 30s.

The fragile, sickle-shaped cells deliver less oxygen to the body’s tissues. They can also get stuck more easily in small blood vessels, and break into pieces that interupt healthy blood flow.

Sickle cell disease is much more common in people of African and Mediterranean descent. It is also seen in people from South and Central America, the Caribbean, and the Middle East.

Almost all patients with sickle cell anemia have painful episodes (called crises), which can last from hours to days. These crises can affect the bones of the back, the long bones, and the chest.

Some patients have one episode every few years. Others have many episodes per year. The crises can be severe enough to require a hospital stay.

Tests commonly performed to diagnose and monitor patients with sickle cell anemia include:

Big Pun struggled with his weight for most of his life; his weight fluctuated in the early 1990s between obese and morbidly obese. Big Pun partook in a weight-loss program in North Carolina, in which he lost 80 pounds, but he eventually quit the program before completing it, returning to New York and gaining back the weight he had lost. On February 7, 2000, Big Pun suffered a fatal heart attack and respiratory failure while temporarily staying with family at a Crowne Plaza Hotel in White Plains, New York during a home renovation. Pun was pronounced dead at the hospital after paramedics could not revive him. Big Pun was at his highest weight at the time of his death, being 698 pounds. He was cremated a few days later.

A hard substance called plaque can build up in the walls of your coronary arteries. This plaque is made up of cholesterol and other cells. A heart attack can occur as a result of plaque buildup.

For More on Heart Attacks, Check out video below In 2004 Simone Smith  was diagnosed with a rare form of bone cancer, called Stage III Chondrosarcoma. After her lengthy fight and triumph, she not only fulfilled her dream of creating a jewelry line,Simone I. Smith, but she also fulfilled her philanthropic goals by teaming up with the American Cancer Society in order to donate a portion of the proceeds (10%) from select pieces to help with the fight against cancer.http://simoneismith.com

“Her treatment required an invasive surgery that altered the appearance of her lollipop tattoo. “It literally looks like someone took a bite out of it,” says Simone. Inspired by her experience, the lollipop now represents Simone’s journey to getting well and staying well, and has sparked a desire to help other cancer survivors.”

Symptoms will vary from person to person. The location and severity of the tumor will affect them. The most common symptoms of chondrosarcoma include:

Kendall Ficklin, Founder of MenXchange and Author of Rise and Grind opens up about his battle with Sarcoidosis.

12→ »
BACK TO TOP
Tweets by @HipHopGivesBack