Simmons, along with Jacob Latimore, surprised hundreds of youth at the SYFL benefit party in Chicago. The two spoke with the youth to encourage and inspire; in addition, the duo promised to support their activities, and return for a benefit concert.

Calvin Broadus, known as Snoop Dogg, introduced SYFL more than five years ago in 2005. More than 1,500 youths of the Los Angeles Compton, Crenshaw, and Lelmert Park area joined. Living in one of the roughest areas known to the African-American community, Snoop traveled teams to Texas, Florida, and Arizona. The league now serves in more than fives states including Nevada and Chicago.

With a mission to provide youth of change, no matter their ethnic background or economical standing, the program motivates the youth on character and discipline through football and cheerleading. There is no Compton versus Crenshaw beef within the youths since they all share common interest in learning the game they love. 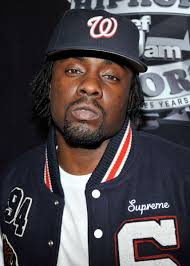 It seems the livest audience of BET’s “106 & Park” weren’t the only ones on rapper Wale “Ambition” stop.

The Washington, D.C. rapper, who recently released his second album, surprised more than 400 students at a local high school. Students at Central High School in Prince Georges County, Maryland have excelled in good behavior, outstanding grades, and perfect attendance this quarter of the school year. The Falcons of Central High School were dismissed from their last period class and were expecting a traditional awards program for their achievements. Little did they know a surprise performance from Wale would be the actual program. The rapper hit the stage to encourage and inspire students to stay on the right path.

On the day of an album release, many artist chose to promote their album through television and radio interviews. Not many artist would reach out to the youth on promotional day, yet Wale cares about the youth. “It’s probably the best day of my life. When you leave high school, you kind of realize that you haven’t really put your all into anything. You have to live enough of your life to know what it’s like to put your all into everything, and this is the first thing that I’ve ever put my all into.” 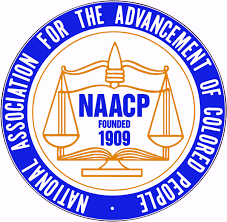 The National Association for the Advancement of Colored People (NAACP) are fighting for more than equality today. The group is informing the African-American community on health risk factors many children and teenagers are facing.

According to health officials, obesity has risen from 13% in the 1960s to about 34% today. Obesity has become apart of the African-American community due to lack of exercise and heavy course meals. Studies show African-American children are at greater risk of being overweight and obese than their Caucasian or Latino peers. With the risk of being overweight and obese, children can expect to suffer from chronic-illnesses such as: diabetes, heart disease, stroke, and high blood pressure. “Obesity has definitely become a civil rights issue, in that African-American youth traditionally have had limited access to fresh fruits and vegetables,” said Hilary Shelton, Washington, D.C., Bureau NAACP director for advocacy. Shelton believes the communities lack nutrition such as fruits and vegetables, but have a high supply for chips and candy.

Since 2010, First Lady Michelle Obama kicked off her “Let’s Move” campaign to get children and teens involved in the daily recommended 60 minutes of exercise. The objective is to reduced the childhood obesity rate from 17% to five percent in years to come.

With these advocates in our community it’s time we [people] begin to care about our health. It’s okay to enjoy your favorite foods every now and then, but remember the nutritious side also. Begin to bake your chicken rather than frying. Instead of enjoying a bag of Flamin’ Hot Cheetos, bliss in the taste of an apple. Our ancestors grew up on the freshest fruits and vegetables in the native land; frankly, it’s about time we do the same.

Recently listeners have heard the term “That s**t Kray” but had no definition of the term. The hip-hop community learned a valuable History lesson from Kanye’s adlib.

We’ve all heard “That s**t Kray” from Jay-Z & Kanye West’s “N%$*$ in Paris”, but many fans had their personal view on the term. Many fans used the term from crazy, dropping the z, and developing the term “cray”. Today, through Twitter, the world learned the term is actually a noun Kray was established from twin brothers, Reginald and Ronald Kray. The schizophrenic twins were known as notorious crime lords in London during the 1950s and 60s. Local law enforcement failed to capture the duo; therefore, the line “Ball so hard, MF’ers wanna find me. That s**t Kray.”

Today’s hip-hop lesson taught many people to research things they hear before reciting them. You never know what message lie within the power of hip-hop.

“The Delonte West Charity Weekend is about renewing dreams, serving the underserved and making a difference for a community that made the dreams of so many athletes and celebrities possible,” said NBA Point Guard Delonte West. “We have several celebrities coming to town for this week to connect with the next generation of athletes and leaders, while also spending time with senior citizens and our fans.”Schedule for Delonte West Celebrity Charity Weekend
September 21: Delonte West will host The Ambassadors of Hope Casino Royale Scholarship Benefit at Shadow Room Lounge from 7 p.m. to 12 a.m. Tickets are available at http://www.suite202dc.com/casinoroyale/

September 22: Delonte West and the Charity Weekend Committee will hold a luncheon and an afternoon of Bingo with Magnolia Garden Nursing Home from 2 p.m. to 4 p.m.

An Evening of Empowerment and Fitness for Youth with a free basketball clinic for 113 underprivileged youth in DC Public Schools with Washington Mystics Player Monique Currie, Delonte West and other athletes; a youth clothing drive with Community Activist Tony Lewis Jr., benefiting Safe Shores and mentoring provided by The Fellaz Youth Foundation at Kennedy Recreation Center from 6 p.m. to 9 p.m.

September 24: A free basketball clinic for 40 bi-polar children with the National Association of Mental Illnesses from 12 p.m. to 2 p.m. at Theodore Roosevelt Senior High School, and National Children’s Hospital Visit 2:30 p.m. to 4:30 p.m.

September 25: Reception for celebrities, media and volunteers at a location TBD

Locations are subject to change.  EVENING AFTER PARTY EVENTS TO BE ANNOUNCED.

To inquire about sponsorships for the Delonte West Celebrity Charity Weekend, email illumine.marketing@gmail.com.

About Delonte West Charity Weekend
Established in 2011 by NBA Point Guard Delonte West, the charity weekend aims to connect athletes to a community of fans, hospitalized and underserved children and seniors in the Washington, metropolitan area with a goal to inspire and influence. The weekend is presented by Illumine Management and Marketing and sponsored in part by Slam Magazine.

About Illumine Management and Marketing
Illumine is a worldwide, full-service management and marketing company providing services to professional athletes and entertainers of all sorts. Clients receive dedicated personal attention of their business related endeavors from management to marketing and more. The Illumine goal is to maximize clients’ full potential both on and off of the court, field, and stage.

Think Brown INK is a bold and savvy communications firm powered by a few creative geniuses. We provide writing, public relations and marketing support for various industries. We can be a complete communications source, or manage specific programs. The September 11 attacks (called September 11, September 11th or 9/11), were a series of four coordinated suicide attacks against targets in New York and Washington, D.C. on September 11, 2001. On that morning, 19 al-Qaeda terrorists hijacked four passenger jets. The hijackers intentionally crashed two planes into the Twin Towers of the World Trade Center in New York City; both towers collapsed within two hours. Hijackers crashed a third plane into the Pentagon in Arlington, Virginia. When passengers attempted to take control of the fourth plane, United Airlines Flight 93, it crashed into a field near Shanksville, Pennsylvania, preventing it from reaching its intended target in Washington, D.C. Nearly 3,000 died in the attacks.

Suspicion quickly fell on al-Qaeda, the Islamist militant group. In 2004, Al-Qaeda leader Osama bin Laden, who had initially denied involvement, claimed responsibility for the attacks.[1] Al-Qaeda and bin Laden cited U.S. support of Israel, the presence of U.S. troops in Saudi Arabia, and sanctions against Iraq as motives for the attacks. The United States responded to the attacks by launching the War on Terror, invading Afghanistan to depose the Taliban, who had harbored al-Qaeda members. Many countries strengthened their anti-terrorism legislation and expanded law enforcement powers. In May 2011 bin Laden was found and killed.

The destruction caused serious damage to the economy of Lower Manhattan. Cleanup of the World Trade Center site was completed in May 2002. The National September 11 Memorial & Museum is scheduled to open on September 11, 2011. Adjacent to the memorial the 1,776 feet (541 m) One World Trade Center is estimated for completion by 2013. The Pentagon was repaired within a year, and the Pentagon Memorial opened, adjacent to the building, in 2008. Ground was broken for the Flight 93 National Memorial in November 2009, and the memorial is to be formally dedicated on September 10, 2011.

Co-Founder & CEO of Duck Down Music Dr Ha will attempt to run the ING: New York City Marathon on November 6, 2011.  After his father, Harvey L. Friedman passed away from Alzheimer’s this past January after a brave 9 year battle with the disease, Dru has been training this summer to prepare for the 26.2 mile race.

“I wanted to do something extremely challenging in memory of my father and to raise awareness about this compassionless disease. Fans of Duck Down may not realize how instrumental my father was in assisting with incorporating and founding Duck Down.  While he was a respected real estate attorney, he had little legal entertainment background yet found the time to learn enough about the business to help negotiate our early contracts and offered unconditional guidance for Buckshot and myself.   To properly train for a marathon, I’m quickly learning it takes dedication, perseverance and sacrifice of your personal time.  All qualities my father exemplified;  it’s a fitting way to pay tribute to him.”

In support of Dru’s run; Duck Down Music plans to release two exclusive songs created by select Artists from the labels roster.  All proceeds will be donated to the foundation.

Alzheimer’s Disease (AD), is a form of dementia that gradually gets worse over time for the inflicted. It affects a persons memory, thinking, and behavior. Ultimately, Alzheimer’s is disabling, fatal and without cure.  Alzheimer’s disease has recently made it’s way into the news with the revelation from University of Tennessee women’s basketball coach Pat Summit who announced she had an early diagnoses of dementia.

WATCH: The Best of the BE Entrepreneurs Conference The Best of the BE Entrepreneurs Conference

You should have been there—the 2011 Black Enterprise Entrepreneurs Conference. The panels, the experts, the information, the resources, the networking, the connections—it all comes together for four days with like-minded business owners who are there, like you, to re-think business and experience success. Admission is free with RSVP to PrettyGirlsRockAMF@gmail.com