Chris Brown Launching Foundation; Giving Back to Teens and the Arts! 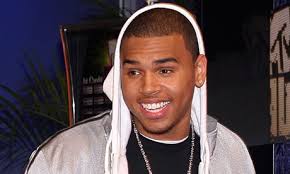 Singer Chris Brown is reportedly planning to hand out financial grants to programs which educate teenagers about the arts. It’s a chivalric fit for the Brown who has a passion for the arts in dancing, music and acting and who began his career at age 14.

The “Don’t Judge Me” Grammy winner is launching  his own organization to grant money thru the Symphonic Love Foundation, which will fund creative projects for young people.

Hollywoodlife.com reports that Brown will be announce his new foundation tomorrow, and a source adds, “Chris wanted to focus on supporting arts programs because art has been such an integral part of his life. It’s been a way for him to express who he is ever since he was a young child. He’s been quietly painting for years and sees it as a positive outlet for low income children.

“Chris has been extremely generous with both his finances and time with his foundation. He really wanted to find an effective way to help children and teens… This will be one of the most active foundations established by anyone in his generation. He will be actively engaging with young people and his fans with it.”