T.I. Launches New Giving Campaign ‘Give Like a King’ to Support Homeless Veterans! 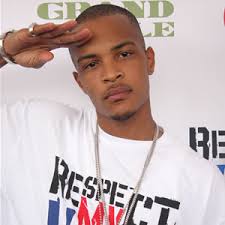 More than one million veterans are at risk of becoming homeless, while tens of thousands of former service members are already living without shelter. The statistics are alarming. The issues around veteran homelessness is startling and it is becoming increasingly important as defense spending cuts limiting vital benefits for veterans will automatically take effect in 2013. And to the rescue is none other than the self-proclaimed King of the South, T.I. On Friday, December 14, 2012 the rapper, television and movie star, T.I., will return to his Bankhead neighborhood to announce the launch of his global humanitarian campaign, ‘GIVE Like a King’ to raise awareness and encourage others to give back and get involved in worthy causes.  T.I. through his G’IVE Like a King’ campaign, will kick off joint efforts to support homeless veterans and Veterans Empowerment Organization of Georgia (VEO) through fundraising, advocacy, and public service.

T.I. will be on site for a special press conference and media event to discuss how and why he plans to get more involved with homeless Veterans initiatives; and share how he intends to inspire and engage his fans. Thought leaders and community advocates will also be on hand from across the state and region.

T.I. plans to use his voice to champion well-needed causes around the globe, beginning with Veterans Empowerment Organization (VEO), which services homeless veterans.  T.I. and VEO have partnered forGIVE Like a King, a public information campaign addressing the urgent need to help facilitate and provide housing and supportive services for homeless veterans. The campaign takes a cross-platform approach to distributing information, addressing issues related to homeless veterans, and increasing overall veteran awareness. Way to Give Back T.I! To learn more about the GIVE Like a King initiative or the Veterans Empowerment Organization visit www.veteransempowerment.org.