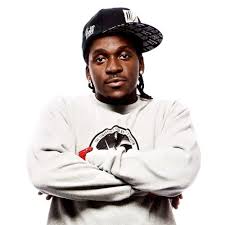 Philadelphia Native Meek Mill Gives Back to His Hometown

He launched an annual “Dreamchaser’s Thanksgiving” event to feed the community.

DJ Knotts unites with Big Rec of Real Hip Hop Is Back to provide Thanksgiving dinner for a family of 12.

This event all about WOMEN in the field of artistry. There will be exhibits from female canvas painters,

fashion designers and there will also be female musicians and DJ’s.
Save the date and make sure you’re at Horizon Furniture and Gallery with the hottest socialites,

Swizz Beatz And Music Unites To Inspire And Empower Youth Performers in the Bronx! 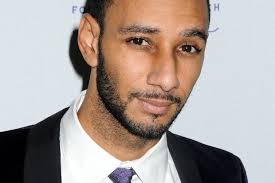 Swizz Beatz is steadily creeping up our list of celebs that give back the most! Music students from The Bronx Charter School for the Arts (BxA), Women’s Academy of Excellence (WAE) and Music Unites Ambassadors are getting the chance to showcase their talents and participate in a once-in-a-lifetime discussion with Grammy Award Winning producer and recording artist Swizz Beatz during the Intrepid Sea, Air & Space Museum’s latest Power of One speaker series, Music-Versity: Bronx Edition. On January 17th, Music Unites, a non-profit organization dedicated to bringing music education to underprivileged children in inner city school systems, the Intrepid Sea, Air & Space Museum and Swizz Beatz will host over 100 students for an educational workshop geared to inspire, empower and unite middle and high school students through the power of the arts. The kick-off event to this series will comprise of a round table discussion hosted by Swizz Beatz and Billboard Editorial Director Bill Werde, which will allow students to ask intimate questions about the music industry. Students will perform a selection of pieces that showcase their musical prowess, and a Music Unites video documenting an in-studio session with Swizz Beatz will demonstrate the empowerment and necessity of music programs in schools.

“We need to remind the public of the importance of music—its relevance and ubiquity in the world of children—and how it can cater to the future success of young generations,” explains Michelle Edgar, founder of Music Unites. “We like to say the ’sky’s not the limit, it’s just the view,’ and we hope this series will instill that type of drive into the participants.” The Power of One Series Music-Versity: Bronx Edition will take place on January 17th from 10am-12pm. The Intrepid Sea, Air & Space Museum’s Howard Lutnick Theater will host this special event with combined efforts and support from Music Unites, Swizz Beatz, Bronx Charter School for the Arts, Women’s Academy of Excellence and Girl Up.